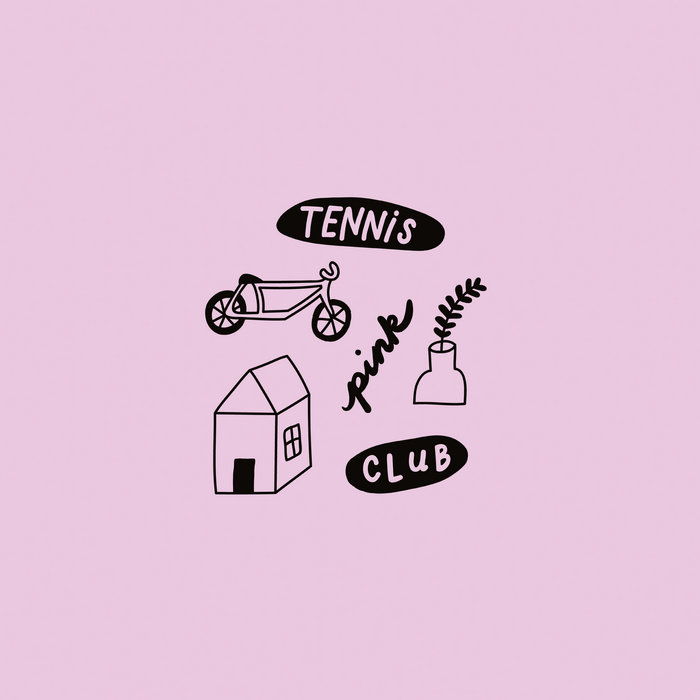 Brad Smith Wilson is a whimsical pop song prince who seems to have an endless supply of the catchiest/poppiest songs imaginable. Love this band and these people! Favorite track: Stay.

We love to watch our “New Adventures In Pop” collection grow. Because it means we have a new discovery, a new proposal full of surprises, freshness and excitement. And this time we are bringing you an album that is overflowing with this everywhere. The American group TENNIS CLUB is releasing a new album with nine songs called “Pink”, that lasts just over twenty minutes, and that has a few garage-surf-pop gems that sound like a mix of THE MOLDY PEACHES, THE BEACH BOYS, ALL GIRL SUMMER FUN BAND, SONNY & THE SUNSETS, THE VENTURES and Chris Montez’s first recordings on the Monogram Records label. Because TENNIS CLUB, when they talk about music, talk about surf, music from the 60s and contemporary lo-fi garage.

It reminds us of those small projects that are so big, that started in a room or a small garage, without any plan other than to have fun and make pop songs. Songs that are short and fleeting in their beauty, that remind us somehow of Tony Molina’s songs. That’s how this new album by TENNIS CLUB was recorded, after their first EP in 2017 released digitally by Spirit Goth Records (New York) and on cassette by Wallflower Records (Houston). But when we talk about TENNIS CLUB we are talking about the songs that Wilson Hernandez makes in his house in Joplin, Missouri (USA). These are the compositions that Sean O’Dell interprets on drums (and also does the recordings and production work) and Tehya on bass, after a complete overhaul of the group after an intense tour in 2017 and an argument after a concert at SXSW in Austin in 2018.

The thing is, an album like “Pink” can only come about in the most spontaneous way possible. It just happens. The pieces are all crazy and special and you can’t imagine they are part of any musical concept. The one minute exactly of “Mexico City (Rich Girls)” and its garage style (in Spanish!) is in wild contrast to the velvety spirit of “Stay” in all its three minutes of glory (and it’s the only song to cross the three minute-mark). Who can help playing “Vodka” twenty times in a row and falling in love with it every time? A minute and a half. Or get swept away by the wild freshness of “Pink Sweater! Pink Shoes!” or the overwhelming sweetness of “Baby”. When it finishes you think: “I need more”. And you put the album on again. Indie pop, surf, garage… Who cares! Everything happens so fast you don’t even have time to think. Just let yourself go. And suddenly everything fits. It’s like magic. Addictive as few things are. Because it gives off a sense of youth that grabs you, that indifference that invigorates you. That excitement to make time go back so that you can relive the moment these songs were written for.

At a time when things happen so fast and it feels like there isn’t time to listen to full albums, TENNIS CLUB show up with “Pink” and their collection of small songs. Maybe this was just what we needed. So many things that happen in so little time. Maybe that’s what they call “a sign of the times”.