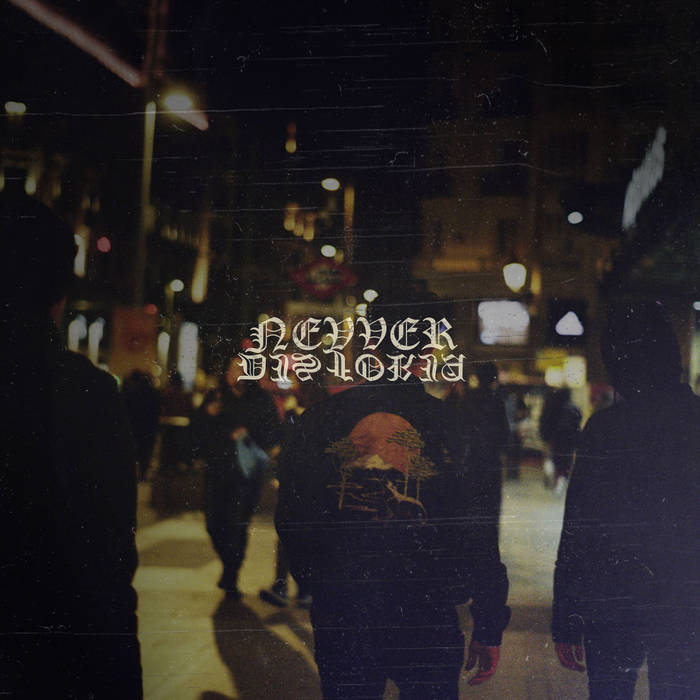 We know that in music, like with everything else, everything has already been invented. We hear it and repeat it thousands of times. That’s why we fall to pieces whenever one of those strange, magical, unique moments occurs and we think we are hearing something new. And when that happens in Spanish, the feeling is even more intense. That’s why we’re so satisfied with our “New Adventures In Pop” collection, that brings us new groups with so many new things to say. And that’s why we’re so proud of groups like NEVVER debuting in this collection, which was born for bands just like them, who have so much to offer, in such new and surprising ways.

Oddly, NEVVER’s first album is called “Disforia”. They don’t hide it; their intention is to make you nervous, to disturb, to throw you off. This trio from Getafe made up of Javier Aparicio (vocals), Borja Aranda (keyboards and guitars) and Raúl Serrano (bass), has searched among shoegaze, trap, dream pop, hip hop and synth pop to find their own voice. Their structure is surprising, but the chosen emotions make an impact, and are the vehicle that carries us along in this journey. Unlike many other urban rhythms that were the upbringing of three friends growing up together in this part of Madrid and who spent their time in an old garage, NEVVER use sadness, sensitivity and melancholy to express their frustration. Like JOY DIVISION, like DÉCIMA VÍCTIMA, like LOW, like BEACH HOUSE, they use soundscapes that activate your tear ducts, but then there is that heavyhearted flow, there is auto tune, a certain dragging groove, the eighties synthesizers… Yes, this is one of those moments where you think you are dancing to architecture, so it’s better if you make up your own minds about the group’s real sound.

As music fans, it is really exciting when you find yourself with music that requires so many adjectives to place it that you know the only thing you’re going to do is detract from what is playing. And what’s more, when the anguished message, that they express so directly, starts seeping in, distressing you, when the notes from the guitar in “Duelo” penetrate to the deepest parts of you, you see the beauty in the sadness, the one that music lovers are so deeply in love with, the one that only a lucky few manage to play and tell. On the other side, “Varsovia” touches on the more African American aspect, the flow, the beat, the rhyme, the urban, and once again the city in ruins, dark, night time, the landscape turned into a cage. But the sadness keeps on seeping through.
The final touch to add the title of the above mentioned song, if you hadn’t noticed (“Varsovia” is “Warsaw” in English). A song called “Control” (the beginning of everything, according to the group). Military-style bass riffs and they sing “Quiero envenenarme de ti / Sentirme como Morrissey” (I want to poison myself with you / Feel like Morrissey), it is overflowing with magic and everything falls into place.

Welcome to NEVVER. The eight songs on “Disforia” are a multifacted universe that we are invited to sink into. With open ears and a free spirit. Without prejudices or limitations. Opportunities like this don’t come around often. To enjoy the feeling again of being surprised when you listen to something new is something that no music lover can pass up. This music describes the spirit of nocturnal, silent, cryptic, turbulent, beautiful cities… Something that no one should let slip by.