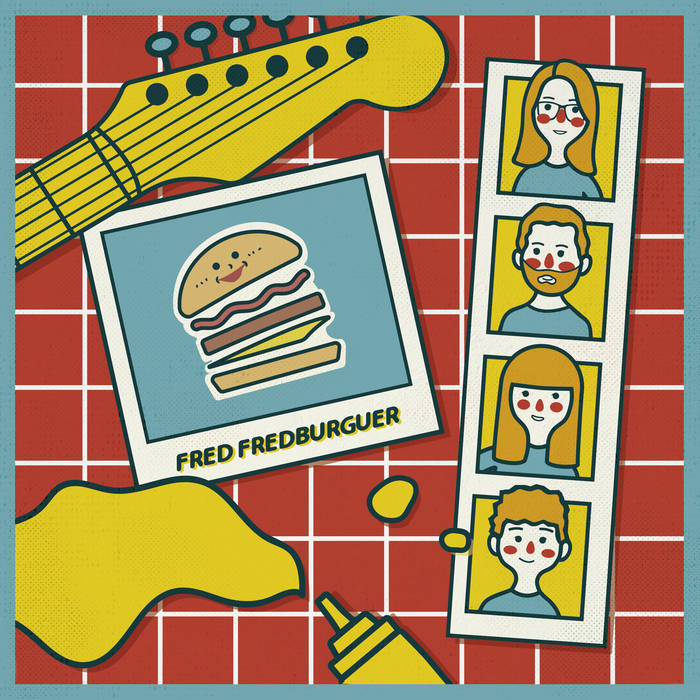 A few weeks ago, we introduced you to one of the new groups that has joined the Elefant family, FRED FREDBURGUER, that well-known character from the cartoon show, “The Grim Adventures Of Billy & Mandy”. So, the moment has arrived for them to release something in our collection focused on promising newcomers, “New Adventures In Pop”: their first Mini-LP, a 10” blue vinyl with a 500-copy, numbered, limited edition. As we could see on the two advance songs included on the Digital Single we were already able to listen to, we are looking at a refreshing exercise in punk-pop – carefree, unbiased and hyper-melodic.

Fernando, Alba, Raúl and Elena debut in physical format with songs that are a hymn to youth, with echoes of THE SHOP ASSISTANTS, LOS FRESONES REBELDES, HEAVENLY and THE ROSEWHIPS, with a tribute to Friends (Colegas). They are exercises in fast-paced pop with great choruses and summery evocations (“Tardes De Sol”, “Ei, Uriel”) that would fit like a glove in the repertoire of TIGER TRAP or VIVIAN GIRLS; skilled attitude and cheekiness (“Cecilio G”, “Diana (No Quiere Escuchar Pop)”) that remind us of the best TCR… And then there are the songs like “Guapo” with its marvelous rhymes, one of those mid-tempos that you could sing a thousand times a day without getting tired of it, that finds a curious space between emotional confession and more direct flirting. “15 Minutos”, the only song longer than three minutes (the eight songs together barely reach twenty minutes!), shows a shifting structure with a really interesting dynamic that works perfectly as a brief narrative of those high school loves, the expectations and disappointments that go along with them. And “Esta Ciudad”, that touch of discomfort at top speed, the scream when you are fed up when you feel like this is not your place, along the lines of the best JUNIPER MOON songs.

They are a young band with enviable melodic inspiration, a marvelous attitude and great songs. Speed, distortion, unrestrained voices, melodies you cannot help but hum, flashes of youth… What more could we want?