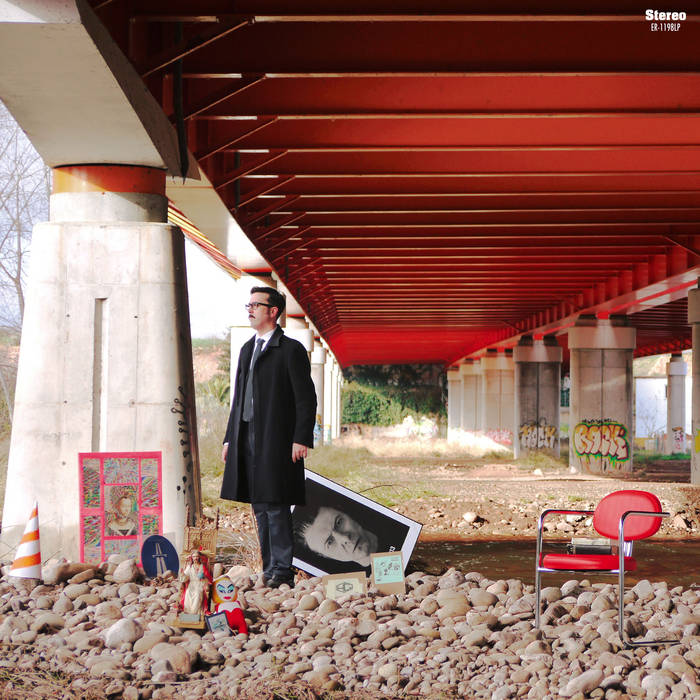 SAGRADO CORAZÓN DE JESÚS is the project of Jesús Fernández, a magical and celestial being. His demos caused a revolution on Internet, with their clever lyrics and atypical electro-pop melodies, arranged preciously and intelligently; so much so that they were released as an album titled “Opera Omnia”. Now he has joined Elefant Records to release a Mini-LP for our New Adventures in Pop collection, which supports emerging artists. This release shows all his obsessions; it’s a type of evolutionary fantasy talking about the personal, the musical, the religious, and our transformation as a species.

“Locus Amœnus” begins with “Etapa Imperial”, and with Jesús putting himself in the skin of the PET SHOP BOYS circa 1989. After "Introspective", before "Behaviour". On it, Neil sings to Chris about their infallibility as a band, foreseeing a perfect future. Their imperial era had finished, and everyone though they had lost the magic, but nothing was farther from the truth. Fragile rhythms and sublime string arrangements gets the album off to a really good start. “Las Revistas Científicas Mienten” talks about sensationalism and pseudo-science, about recognizing the researcher as a key figure in need of greater social appreciation. On this song, Jesús shows a rougher, more mechanical side of himself, but with melancholy touches from the clavichord and the synthesized wind instruments that make an already strong song shine even more, while it talks about Lamarck and Darwin.

“El Fin De La Era” was already included on "Opera Omnia" (Discos de Kirlian, 2014) but we’re reviving it here with a new version with more frenetic forms, confirming its signature hit style. “Manifiesto” is absolutely delicious; it talks about political positioning, social inclusion. It drinks from different artistic manifestos from the beginning of the 20th Century like Futurism, Dadaism... But the song is dressed up in baroque styles, with that synthetic spinet riff doing Pachelbel’s Canon, paying homage to Wendy Carlos and MOMUS.

“La Balada Del Último Neandertal” surprises us again with impossible lyrics: it gives life to an character who has seen his own species die out, and who ultimately curses mother nature. She is the ruler. That unmistakable intro pays homage to the tandem of Lynch-Badalamenti, while it plays with catholic iconography. This is pushed even further on “Novelty Rock”: it’s playful rock operetta that talks about what little relevance religions have in a world of molecules that bounce from one place to another, with echoes of DENIM and GNARLS BARKLEY.

And we end up worshiping pagan idols: the rock stars. “Lugares Comunes”, pleasant places, idyllic, recurring landscapes. If our favorite group changes their style too much, we get angry. If they specialize too much in their niche, we accuse them of being static. And of twelve-tone technique, along the way. Without action, there is no reaction: without Pierrot Lunaire there would be no John Cage; without Cage, Cale probably would not exist; without him there wouldn’t have been any VELVET UNDERGROUND... “Tienes un estribillo monumental / Si la estrofa funciona por qué la vas a cambiar” (You’ve got a monumental chorus / if the verse works why would you change it) Jesús sings.

It’s an album about pop and survival that includes the collaboration of the technical control of Genís Segarra (ASTRUD, HIDROGENESSE) and that will be released on April 6th. That day, in 1968, Massiel won Eurovision with the song "La, La, La". In ‘74, ABBA did the same with Waterloo. And it’s the anniversary of the death of Stravinsky (1971) and of saint Isaac Asimov (1992). Also, it’s Easter Monday. Luck, chance, coincidence... Music in capital letters.