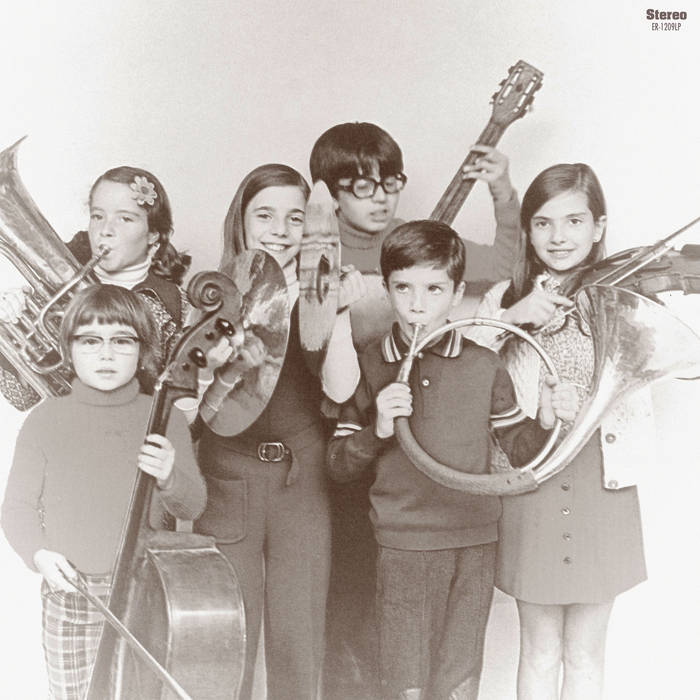 We would like to introduce you to a new group that has come to form part of the growing list of emerging artists that make up our “New Adventures In Pop” collection, which has already included names as well known as PAPA TOPO, BAND À PART, BELLE GHOUL, KOKOSHCA, LOS BONSÁIS and EL PALACIO DE LINARES, to name a few. And this time, we have the new alter ego of Paco Tamarit (SERPENTINA), who is back with this new project under the name SAN FRANCISCO, on which he makes a few things very clear: his good taste for pop, his passion for sixties sounds, his incredible talent with arrangements, and his constant need to include a touch of “sabadabada” on his songs (something, we have to admit, we adore).

“Ada” is a 10” Mini-LP (six songs) that deals with the transition from childhood to adolescence, with all the conflicts and beautiful moments that go with that. The process begins on “Ada Hoy Se Va A Enamorar”, a song that talks about the details that make the change noticeable from the outside, among echoes of “Our Dream” by THE MUNX and of JEANETTE, with that clavichord that reminds us of THE LEFT BANKE, and Paco’s enormous musical knowledge. “Todos Los Besos Del Mundo” seems like it is the godchild of Antonio Galvañ (PARADE) and Sajid Khan, when it comes to talking about those great moments that unleash childish euphoria, between very LA CASA AZUL parapapapas and psychedelic keyboards: the after-school snack, the casual encounters with friends... “BSO” talks about that soundtrack that frames some of the most bitter moments of adolescence, and that creates unforgettable memories. It’s a song about the power of music, between psychedelia and cabaret, with its impossible changes and hallucinatory atmospheres, generating a strange situation, almost vaudeville-esque, that increases the drama of such an enormous song. “Una Vaina Bajo Tu Cama” uses science-fiction metaphors (it is inspired by the movie “Invasion Of The Body Snatchers”) and has a very girl-group base (here THE RONETTES’ “Be My Baby” and THE BEACH BOYS’ “Don’t Worry Baby” slip in) to talk about that strange physical metamorphosis. “Cartoon” shows us that, if we had to go back and make another song for the “Verano Azul” (a famous Spanish TV show from the 80’s, directed by Antonio Mercero, about a group of kids on summer vacation) soundtrack, Paco would be the ideal choice. It’s a song that talks about the unbreakable ego and the enormous security (that is also misleading at the same time) that shows up in full force during the rise of adolescence. Finally, the journey comes to a close with “El Lugar Que Te Enseñé”: a necessary look back, full of nostalgia, with which we become fully aware of the era that will never return. This is a new example of sixties knowledge, somewhere between the elegance of Gilbert O'Sullivan and the fantasy of THE BALLROOM, with a children’s choir, and it sublimely closes this Mini-LP, making it clear that each of the small details, each of the thousand chords and the millions of arrangements that are included in these almost 20 minutes of music, are all used intentionally and carefully and with all the meaning in the world. And Carlos René is, without a doubt, a key part of this process. In addition to helping with mixing and producing the songs, he also played guitars, bass, piano, Hammond, Rhodes...

This is an absolutely necessary collection of songs, an immense treasure, but also small, delicate, sweet, and touching. It will be released on white vinyl as well as in digital format, and it is a new name that we need to follow closely. Paco Tamarit is one of those musicians who has been nourishing the national panorama with great melodies for years, and who has made a name for himself with music that’s a little different and apart from the typical. Not to be missed.